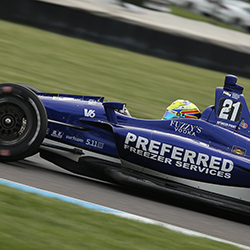 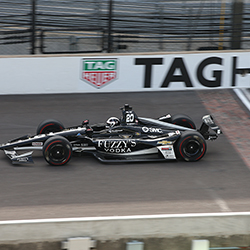 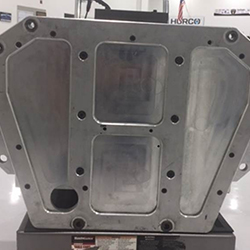 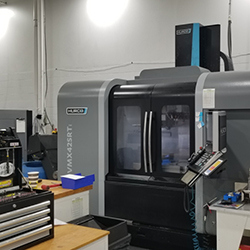 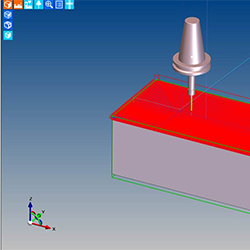 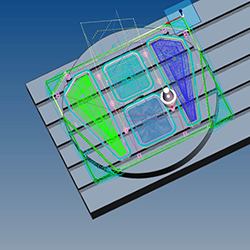 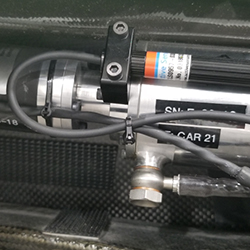 The art and science of auto racing includes plenty of trial and error, as well as the innovative spirit required to create winning combinations of man and machine.

Verizon IndyCar Series team Ed Carpenter Racing (ECR) is no stranger to hard work or innovation. As a competitor in Indy car racing since 2012, ECR is an experienced outfit with plenty of victories under its collective belt. Established by veteran driver Ed Carpenter following his first career win at the Kentucky Speedway, the team is unique in that Carpenter shoulders the responsibilities of both team owner and driver.

This desire for autonomy is a thread that runs deep throughout operations at ECR, which became sole designer and primary producer of parts for the team’s cars in 2015. Race engineer and Machine Shop Manager Brent Harvey has been at the helm of ECR’s machining practices since 2012 and says that the ability to respond quickly to deadline pressure is a benefit to almost completely eliminating outsourcing.

Prior to bringing most manufacturing in house, a much smaller portion of the team’s parts were made on site. Today, Harvey and his staff utilize HURCO machinery and the SURFCAM computer-aided-manufacturing (CAM) solution to run as an independent and well-oiled machine.

“We recently wanted to make some parts that would have taken two weeks to get back if we had sent them out to be machined — and here we did it in two days.”

“We try to make everything in house that we can, given the time constraints,” Harvey says. “For instance, we recently wanted to make some parts that would have taken two weeks to get back if we had sent them out to be machined — and here we did it in two days.”

In addition to bringing most manufacturing in house, ECR has seen significant time savings in making the switch to SURFCAM from its previous CAM software. For instance, it took Harvey one hour to program a component in SURFCAM that took eight hours to program with the team’s previous solution. “SURFCAM saved me 7 hours of programming time on just one job,” he says.

ECR acquired SURFCAM in 2016 and have since used the software to program its HURCO machinery, including a lathe and a 5-axis mill. As cars must remain as light as possible, the machine shop works in plenty of lighter metals, including aluminum, titanium and 17-4 stainless steel. The team also works with carbon fiber to fabricate its custom molds.

“We make all kinds of things: rockers, roll-bar components, lots of bushings, titanium wheel-gun sockets — and pretty much anything else you can think of,” says Harvey, who works with an engineering team comprized of two engineers, two support engineers, and an intern.

ECR engineers are responsible for the kind of innovative brainstorming that can make all the difference on the track. While a portion of the machine shop’s workload is composed of very small production runs for the team’s cars, another portion is made up of prototypes for research and development.

“The engineers dream up something that they want to test on the track, so we’ll make one or two test items, and then we’ll test it to see how it does,” Harvey says. “It’s like the best of everything, to dream something up, design it in CAD software, and then take it to the machine shop and make it.”

To begin a programming job, Harvey imports solid models generated by his design solution into SURFCAM, which is able to read CAD files without translation, ensuring that the integrity of the data remains intact. “You design the part and, once you have SURFCAM open, you can drag the model and easily drop it right into SURFCAM,” he says. “SURFCAM makes it easier than ever because you can just dump the file into the CAM system.”

SURFCAM’s Workflow interface assists users with every aspect of the programming process, from materials and fixtures to machine set up and, ultimately, the generation and verification of the NC code that will be sent to the shop floor. The interface uses a five-step process that includes managing the CAD file, machine set up, part features, machining processes, and NC code generation.

“I think SURFCAM Workflow helps you to see the whole picture because you bring in your model, your raw material and clamp, and then it finds your features and it goes through all the processes that it will go through during actual machining,” Harvey explains. “You see the planning board and the tool selection — which is really easy when you set up your tool library — and it runs the simulation. It goes step by step.”

Once the model is imported and Harvey has taken the appropriate steps in the Workflow interface, he uses SURFCAM’s automatic feature finder to automatically identify part features — such as pockets, holes, fillets and chamfers — to be machined.

SURFCAM offers programming flexibility by enabling users to choose from three operational modes: automatic, semi-automatic, and manual. For instance, in manual mode, the user would manually select part features to be machined. Users are also free to further customize their programming experience by using a combination of the three modes.

“Once you bring in the model and set it up in your mill, you pick the raw material and clamp it on your device, and then it automatically finds the features on your part,” Harvey says. “I do select features myself, but mostly I do that automatically.”

Once ECR decides that a new component is a success, the machine shop will produce those parts for each of its five cars, as well as spare pieces that are shelved until needed. Manufacturing at ECR tends to be cyclical, and to ebb and flow with the Indy car schedule, so slower periods provide opportunities for improvement upon existing components.

“As time allows, we can look at the parts and say ‘We can make those lighter, or more robust,’ and that’s easy to do with SURFCAM. There’s always something different that affects the performance of the car and you have to figure out what it is.”

An additional benefit to implementing SURFCAM is the top-notch support that ECR receives from SURFCAM distributor Online Resources.

“Their support is really good,” Harvey says. “We would buy SURFCAM again.”

Business: Verizon IndyCar Series team that manufactures the majority of its own racing parts

“We recently wanted to make some parts that would have taken two weeks to get back if we had sent them out to be machined — and here we did it in two days.”