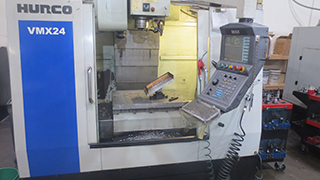 “I use the software for both my design and my machining, and if the drawing is correct, the part will come out perfectly every time.”
- Archie Blazevich, Owner 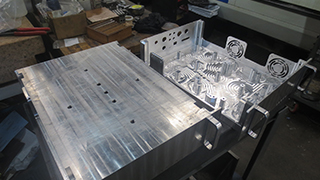 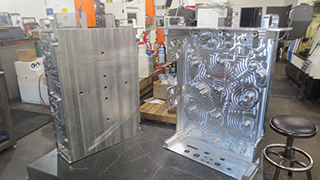 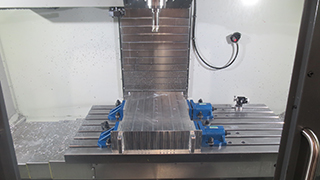 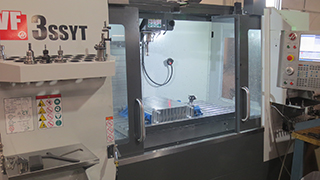 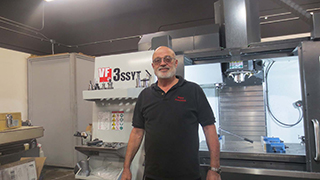 When Archie Blazevich began his manufacturing career 39 years ago, he programmed machinery with a notepad, calculator, and teletype machine — which was the closest thing he had to the indispensable modern postprocessor.

Today, he’s the owner of Blaze Precision, Inc., and has traded his notepad for SURFCAM TRADITIONAL, the CNC software that helps him generate increasingly complex code for increasingly complicated parts. “You’d double check every line you programmed, put it into the machine, and then cross your fingers and hope for the best,” Mr. Blazevich says of the early days of programming.

"SURFCAM has driven every project through this shop for 13 years now, and I bought SURFCAM so that I could hit the ground running when I opened the shop."

In 1979, Mr. Blazevich relocated to Arizona from Illinois in the hope of finding work as a heavy-equipment operator. A mix-up with the address for a potential job landed him on the doorstep of a machine shop and the rest, as they say, is history.

For 25 years, he worked in various machine shops and took on increasing amounts of responsibility, and working ever longer hours, at the last company for which he worked. “One day, I said, ‘I can do this myself.’ At this point, I really knew how to run a shop, so I figured I should do that instead.”

Today, Blaze Precision is a two-man shop in Tempe, Arizona, where Mr. Blazevich handles the lion’s share of the workload and one of his sons works the night shift two or three days each week. Fixtures account for about 30 percent of the company’s jobs, with the remaining 70 percent is comprized primarily of aerospace EDM work. The shop produces parts in a variety of materials for a range of industries and needs, including plastics, automotive, robots, inventor prototyping, and others. Mr. Blazevich often takes on complex jobs that other shops can’t or don’t know how to manufacture, and among his specialties are metrology fixtures for inspection purposes.

Mr. Blazevich acquired the SURFCAM TRADITIONAL computer-aided-manufacturing (CAM) solution prior to opening his shop in 2005 because he had used the solution at a previous place of employment and knew that the system could handle all of his needs.

“SURFCAM has driven every project through this shop for 13 years now, and I bought SURFCAM so that I could hit the ground running when I opened the shop,” he says. “I use the software for both my design and my machining, and if the drawing is correct, the part will come out perfectly every time.”

Mr. Blazevich appreciates the user-friendly SURFCAM TRADITIONAL interface, which enables users to select preferred programming views, as those may vary from job to job. “Probably 90 percent of my work is 2D, and I really like that I can use wireframe in SURFCAM to do that.”

The shop utilizes several pieces of equipment, including three CNC mills programmed by SURFCAM TRADITIONAL. “SURFCAM is pretty powerful on the 3D toolpath, and it’s so versatile that there are so many ways that you can attack every situation,” Mr. Blazevich says.

Among specialized SURFCAM TRADITIONAL strategies used at Blaze Precision is Z-roughing, a cycle designed for the rapid removal of large amounts of material, typically followed by additional operations.

Z-roughing is performed as a 2-axis (X,Y) pocketing cycle in Z-axis increments, or steps, which efficiently machines material from around a part before finishing takes place. Z-roughing is also be used to remove large amounts of material from inside of a cavity.

Using the same type of “step down” movements, Z-finishing works especially well on steep walls, as the cycle uses the Z-axis to follow a constant toolpath around the part profile to create an even, polished finish.

“The Z-rough and Z-finish is really, really good,” Mr. Blazevich says. “It steps it from the top down, so you’re starting with blank material and it takes it down in steps, follows the contours, leaves your stock and just gets rid of a lot of stuff for you — and it’s relatively easy.”

When it comes to machining complex surfaces, Blaze Precision benefits from the specialized 3-axis cycles available in SURFCAM TRADITIONAL, including the 3-axis multi-surface cut strategy. The multi-cut strategy is designed for tough-to-machine surfaces and delivers six options for multi-surface cutting patterns: planar, parallel to surface, morph between two surfaces, parallel to curve, morph between two curves, and normal to curve strategies to customize how the geometry will be cut.

“I’ll do planar for multiple surfaces, which allows you to pick multiple surfaces and tell it where you want to start,” Mr. Blazevich says. “You may also want to avoid some of the surfaces, but pick other ones, which is helpful if you have a tight corner. In that case, you may leave the material so that you can EDM it later. In another instance, you might have to machine a lot of contours, and maybe one of them is shallow, but one in the middle is really deep. You wouldn’t cut it all with a long tool, so you would save that operation for the shorter tool. SURFCAM is flexible in allowing you to take care of all of these situations.”

“When you use these 3D toolpaths and it can’t finish down in the corners where it’s smaller than that cutter, rest machining is really cool,” he says. “You use a bigger cutter to get the big stuff done and then you use rest machining with a smaller cutter. It’s just a couple of buttons and it’s done. It knows what size cutter was used and what’s left in there. You can tell it how big of bites to take and it will go in and get the rest of the material.”

In addition to maximizing the variety of technical tools at his disposal, Mr. Blazevich believes that consistently delivering top-notch customer service, including unparalleled part quality, is what has kept his business thriving for the long haul.

“I like to consider myself a problem solver for a lot of my customers. You have to make sure that you do every job right if you want your customers to come back to you consistently,” he says. “You have to cut nice stuff, polish it, and make it look good, even if it’s just a hunk of steel. When they hold it and they say, ‘Wow this is nice,’ it’s a winner.”