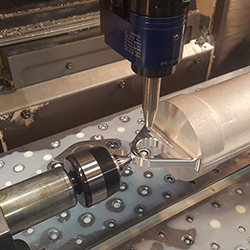 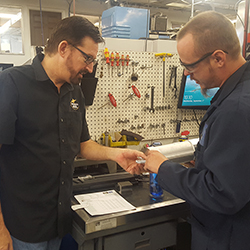 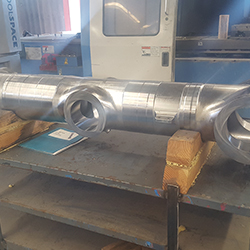 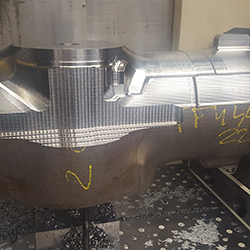 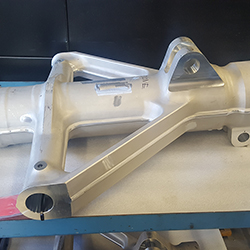 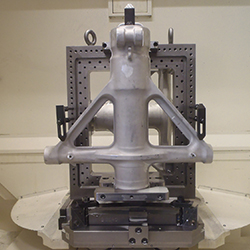 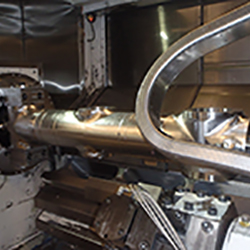 Having secured a niche in the world of aerospace manufacturing by turning out parts that others simply cannot produce, Bemsco thrives in an industry defined by complex jobs and equally challenging part specifications.

“What we can offer that our competition often cannot is the manufacturing of parts so complex that some shops are simply not qualified to make them,” says Manufacturing Engineer Brian Lloyd, who has been with the company, based in Salt Lake City, Utah, for 27 years.

Founded in 1967, Bemsco lays claim to a long and successful history of serving both the military and commercial sectors, and primarily produces aircraft parts and assemblies. Due to the significant variability and unpredictability of demand, there really is no telling exactly what will make its way across the desks of Bemsco’s manufacturing team.

“We make parts for aircraft that are still flying, but that are no longer in production — such as Sikorsky Black Hawk helicopters and Boeing B-52s,” Lloyd says, noting that Bemsco has also done AOG jobs, or Aircraft on Ground, meaning that rapid turnaround is vital because the aircraft are grounded until new parts can be installed.

“The software makes it very easy to maintain as much control as I need over the toolpath being generated.”

“Some of our jobs need to be done quickly, while others are incremental and planned a year in advance, which is important when you’re working with long lead-time forgings and castings.”

While some of the parts made at Bemsco — such as landing gear for large aircraft — weigh hundreds of pounds, some finished parts can fit into the palm of a hand. Lot sizes typically range between 10 and 100, and the shop machines primarily in aluminum and exotic materials such as Inconel, titanium, and hardened steel.

To manufacture its array of complex parts, Bemsco has used the SURFCAM Traditional computer-aided-manufacturing (CAM) solution, by Vero Software, for more than a 2 decades. Paired with the company’s 13 high-end CNC machine tools, the software helps Bemsco protect and fully harness the power of its machinery while producing high-quality parts.

While Lloyd handles the vast majority of the company’s mill programming duties, lathe programming is performed by a 20-year employee affectionately dubbed “Wolf,” and three part-time programmers also share some of the workload.

Lloyd estimates that Bemsco receives solid models from customers for about 30 percent of jobs, while other job specs are supplied via paper drawings. To create computer-aided-design (CAD) models that can be imported into SURFCAM, Bemsco uses the SOLIDWORKS® CAD solution, by Dassault Systèmes. Within the SURFCAM Traditional interface, users can work seamlessly with SOLIDWORKS models.

“We don’t design the parts, but we do design and create the fixturing and tooling needed to manufacture parts to customer specs,” Lloyd says.

“It’s easy for me in the software to create the geometry I need to follow, which I do because the majority of our complex parts have no straightforward geometry to follow,” Lloyd says, particularly in reference to the three-dimensional splines and surface shapes of aircraft parts.

“The automated facing cycle in SURFCAM Traditional is perfect and easy to use for some jobs, and for others I have to create my own toolpath because of the complexity of the part,” he says. “The software makes it very easy to maintain as much control as I need over the toolpath being generated. All of the tools are there for me to manually create the cycle if I choose. I have the ability to make it do whatever I want it to do.”

Lloyd and the rest of the Bemsco team also take advantage of SURFCAM Traditional’s TRUEMill machining cycle, which is an optimized roughing toolpath that can be completed with a one-step 3D roughing through pre-finishing operation.

“I love TRUEMill because it creates a path that runs very quickly and maintains a constant chip load, which is good for tool life and prevents the tool from hitting hard in the corners.”

TRUEMill delivers a synchronized multiple-tool strategy that coordinates up to eight tools in a single operation. The toolpath creates uniform step height across all surfaces, regardless of how many tools are used. It also removes material at significantly faster rates, and at greater depths of cut.

“TRUEMill is faster in many cases, but the reason it’s most valuable to us is that it maintains a constant chip load, which makes it a lot easier to work with materials that are hard on tools,” Lloyd says. “Without TRUEMill, the machines can shake and chatter when changing directions.”

To cut those challenging complex surfaces, Lloyd uses the multi-cut and 3-axis cut cycles in SURFCAM Traditional to control how much material is removed while cutting from various angles. Multi-cut is a 3-axis operation that can machine single or multiple surfaces in a variety of cutting patterns. While multi-cut is a specialized cycle for multi-surface cutting, the 3-axis cut option helps Lloyd to further narrow down very specific areas to be machined.

“I use a 3-axis cut with boundaries to help me cut all of the surfaces from different angles,” he says. “Because I have to cut a surface from different attitudes, I use 3-axis cut or multi-cut to control how much surface I cut from each attitude.”

Before sending a job to the floor, Bemsco uses the simulation capabilities of SURFCAM Traditional to see an accurate graphical representation of the state of its stock throughout the programming process. By selecting the option to compare the original 3D model with the in-process stock, Lloyd is able to see an accurate comparison, from start to finish.

“Running the comparison allows me to look at the toolpath, compare it to the model, and know if I need to make changes,” Lloyd says. “It’s set so that anything on the screen that is shown in red is where there is a problem. This really helps me to see if I’ve made a mistake.”

By saving each verified model after every simulated operation, he can be certain that he won’t run into trouble once he gets down to the business of making chips.

“I can keep saving and run the next op and any following ops to see how it looks as it progresses, which provides a greater level of safety. I love the verify feature in the software.”

“The software makes it very easy to maintain as much control as I need over the toolpath being generated.”